Kapp stars as Proteas Women go down in Vadodara 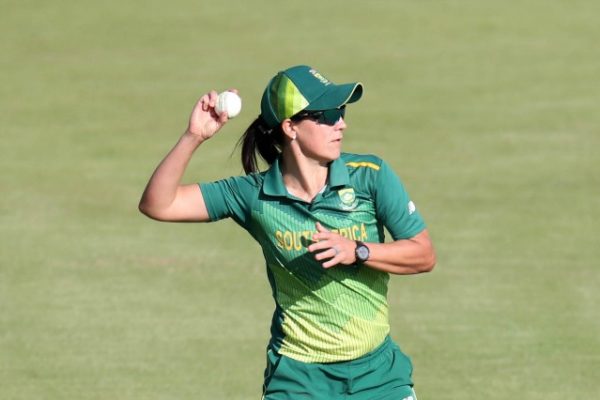 14 Oct Kapp stars as Proteas Women go down in Vadodara

Marizanne Kapp starred with bat and ball but it was still not enough as the Proteas Women fell to a narrow six-run loss to India in the final match of their One-Day International Series at the Reliance International Stadium in Vadodara on Monday.

The all-rounder first claimed an impressive three for 22 in nine overs to help her side bundle out their hosts for 146 in 45.5 overs – their second lowest score ever against the tourists. She then struck an innings-high 29 off 43 balls, but it was not enough as the South Africans were shot out for 140 in 48 overs.

That left them just short as they ended the month-long trip on a low note – India’s win concluding a 3-0 series sweep and a disappointing end for coach Hilton Moreeng and his charges in a match where they showed so much of promise.

It started from the beginning when the home side won the toss and opted to bat first, with Kapp and fellow fast bowler Shabnim Ismail (2/18) strangling them up front by reducing the score to 23 for three inside the first 12 overs, thanks to their early hits and five maidens between them.

The South Africans were given a solid enough start thanks to Laura Wolvaardt (23) as they reached 50 for two in the 13th over.

Three quick wickets left them in trouble on 63 for five, before Kapp and captain Sune Luus (24) resurected the chase. They got to 119 for six at one stage, but then lost the last four wickets for 21 – Ekta Bisht ending with three for 32 – and SA all out with two overs to spare.