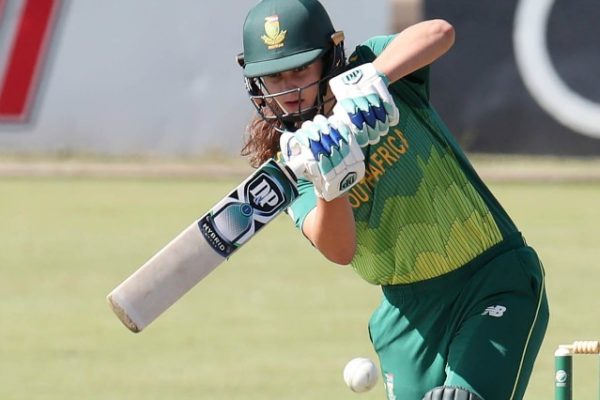 Laura Wolvaardt led an excellent batting display by the Proteas Women but even a record score against India on their home turf in Vadodara was not enough to prevent them from going down by five wickets in the second One-Day International on Friday.

The opener struck an impressive 69 off 98 balls (7 fours) that helped the visitors amass an impressive 247 for six – their best effort against the hosts in the sub-continent.

There were also sizeable contributions by Lizelle Lee (40), Mignon du Preez (44) and Lara Goodall (38) as Hilton Moreeng’s charges came good with the bat.

But they failed to capitalise on that scoreboard advantage as half-centuries by home captain Mithali Raj (62 off 82 balls, 8 fours) and Punam Raut (65 off 92 balls, 7 fours) led the Indians to what turned out to be a comfortable victory with 12 balls to spare.

The result meant that the host moved into an unassailable 2-0 lead in the three-match series, with the final match at the same Reliance International Stadium to come on Monday.

After winning match one by eight wickets, they again made the most of local knowledge with another victory – this one much closer though.

Raj won the toss and asked the tourists to take first strike, with Wolvaardt and Lee providing a good start through their 76-run opening stand.

A 51-run partnership between the former and Trisha Chetty (22) followed, before both fell to pick-of-the-bowlers Shikha Pandey (2/38) within the space of four overs.

Goodall and Du Preez then combined for a 59-run fourth wicket stand that had left South Africa powerfully placed at 201 for three with just under eight overs to go.

But Ekta Bisht (2/45) dismissed the two set batters as India ended the innings on the up.

Shabnim Ismail (1/41) and Ayabonga Khaka, who finished with a match-best of three for 69, landed some relatively early blows that left the game in the balance at 66 for two in the 13th over.

That was when the Raj-Raut partnership began and it went on to yield a match-winning 129 runs.

Harmanpreet Kaur (39 not out off 27 balls) added the finishing touches that took India over the line with two overs to spare.

The final match of the tour takes place on Monday and will be broadcast live on SuperSport 2 from 05h20 to 13h30 (CAT).

Note: All ODIs to be played at Baroda