Proteas Women go down in opening ODI in India 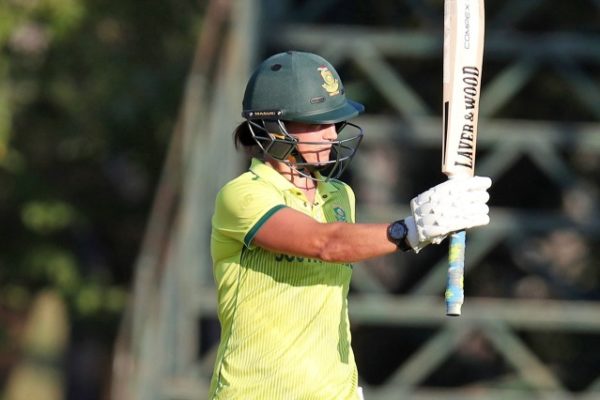 09 Oct Proteas Women go down in opening ODI in India

Marizanne Kapp’s half-century was not enough to rally the Proteas Women after a poor start as they fell to an eight-wicket loss to India in game one of their three-match One-Day International Series in Vadodara on Wednesday.

The all-rounder struck a free-scoring 54 off 64 balls (6 fours) to help her side to a disappointing 164 all out after they had won the toss and opted to bat at the Reliance International Stadium.

Player of the Match Priya Punia’s unbeaten 75 off 124 balls (8 fours) then anchored the hosts’ reply as they cruised to victory with 50 balls remaining.

It was a disappointing start to the series for the tourists, who would have hoped for better following their record-breaking win over the home side in the final T20 last Friday.

Although the South Africans lost that leg of the tour 3-1, they trounced the Indians by 105 runs in the final match to take plenty of confidence into the current series at Baroda.

But that was not enough as they struggled from the get-go by losing a wicket from the very first ball of the game.

Lizelle Lee (0), instrumental in the previous game win, was that player after being trapped leg before wicket by pick of the bowlers Jhulan Goswami (3/33).

Laura Wolvaardt then managed 39 to help the away side to progress to 89 for three at one stage. But there were failures for the likes of Trisha Chetty (14) and Mignon du Preez (16), while stand-in captain Sune Luus was restricted to 22.

Kapp’s contribution did help SA to at least cross 150, but none of the bottom five recorded double figures.

With a target of 165, South Africa needed to strike early but they didn’t.

Openers Punia and Jemimah Rodrigues (55 off 65 balls, 7 fours) put on 83 for the first wicket to knock off half the runs, with the former going on to carry her bat alongside Punam Raut (16) and skipper Mithali Raj (11 not out) in a comfortable Indian win.

Nondumiso Shangase (1/39) and Nadine de Klerk (1/29) were the wicket-takers for the visitors.

Note: All ODIs to be played at Baroda