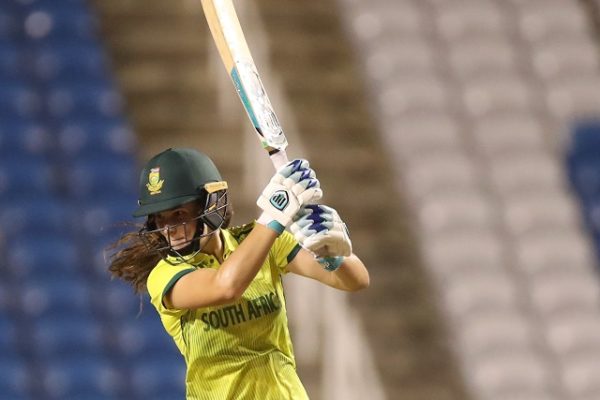 Radha Yadav led another strong bowling display by India as they took a 3-0 lead in the T20 International Series against the Proteas Women with another clinical display at the Lalabhai Contractor Stadium in Surat on Thursday.

The left-arm spinner claimed three for 23 in four overs as the hosts cruised to a five-wicket win with 17 balls to spare in a that was added to the itinerary after two of the previous encounters in the five-game series had already been washed out.

The tourists again failed to capitalise on a good start and were restricted to just 98 for eight after being put into bat first.

They started out well by reaching 57 for two in the 12th over thanks to Laura Wolvaardt (17) and Lizelle Lee (16).

But, as in the previous match, things went south from there as teenager Yadav sliced through the middle order with her orthodox turners.

Deepti Sharma also played a key hand with two for 19, while Harmanpreet Kaur claimed a tidy one for 13 – the South Africans setting a target of just 99.

Player of the Match Kaur then struck an unbeaten 34 off 32 balls as India reached their target in 17.1 overs.

Fast bowler Shabnim Ismail was the pick of the bowlers with two for 19.

The final match of what is now a six-match series takes place at the same venue on Friday. The game will be broadcast live on SuperSport at 15:30 (SAST).

Note: All T20 matches to be played at Surat