Khaka delighted to be playing again 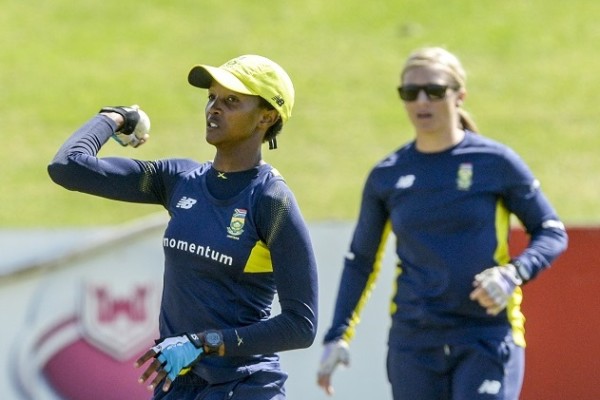 Protea women’s bowler Ayabonga Khaka admits that she had fears of never playing the game again following a year out due to shoulder surgery.

The 27-year-old has been easing her way back into action over the past few months, first by playing in the Cricket South Africa Women’s Week in May, followed by appearing for the national Emerging team against their Bangladesh counterparts, before participating in a week-long national training camp in Pietermaritzburg.

Hilton Moreeng and his charges had based themselves in the KwaZulu-Natal capital winding down preparations for their upcoming tour to India where they are scheduled to play five T20 internationals and three One-Day Internationals against the hosts.

Khaka says being part of the camp was a huge boost to her confidence.

“It was really special for me to be honest,” she said. “I haven’t played many games for a long time now, so to be out in the middle is a good feeling.

“It’s great to be back working on my skills again, I’ve missed that, so for now I’m enjoying the moment, not rushing or anything like that, just easing my way back into the routine.”

Khaka, who has played over 50 international matches for South Africa, last played for the national team during their tour to England last year.

Sitting on the side-lines has been testing she says, adding that she feared her future in the game.

She continued: “It’s been tough, it’s been frustrating. Sometimes it’s even gone to the extent of asking myself whether I’m ever going to bowl again.

“But at the end of the day I’ve had faith in myself and faith that I will bowl again. The support that I’ve had from those around me has helped with everything I have been through.

“Being strong mentally is the most important thing. I had to trust the process, which was not easy.

“It took longer than expected to be honest because first I was told three months, then it went to six and so on.

“A year later I’m still not back, so it’s been a difficult road. But I kept believing as I said and here I am today.”

Khaka has taken 62 wickets for South Africa in ODIs and has a further 17 in T20s. During the Bangladesh Emerging team series she managed one for 51 in the eight overs she bowled in the 20-over matches and one for 64 in 18 overs sent down across the two 50-over games.

The Eastern Cape cricketer says she is happy with her progress overall.

“The shoulder is responding well,” Khaka concluded. “I was with the Emerging side and bowl there against Bangladesh. Now again this past week I participated fully in the week here, so it’s fine again.

“I didn’t have any goals for the Bangladesh series. I just wanted to bowl again, which I did, and that was the most pleasing thing. There’s a lot that I still need to do, but things are looking bright from here.”