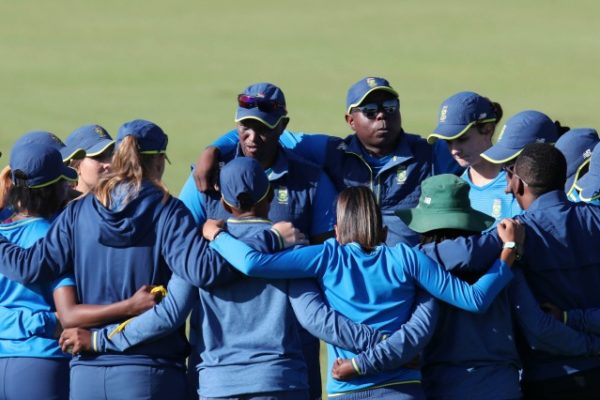 Proteas Women head coach, Hilton Moreeng, expressed his delight at how all the departments clicked at the right time following his side’s comfortable nine-wicket victory in the fifth Women’s T20 International against Pakistan in Benoni on Thursday. South Africa won the series 3-2.

Lizelle Lee struck her third half-century in five matches to help the hosts chase down Pakistan’s 125/3. Lee combined with Nadine de Klerk for a pivotal 100-run, second-wicket partnership to ease South Africa to 127/1 and a series-win with 29 balls to spare.

Throughout the campaign, Moreeng asked for more consistency from his squad in all three disciplines and in the series-decider at Willowmoore Park, he got his wish. He was pleased to see how the player got through tough moments in the match, considering the added pressure in the final two games.

“It has been frustrating because if the batting has been firing, the bowling and fielding departments have been letting us down.” he explained during the post-match interview. “So, to see everything come together today, we’ve left our perfect game for the last game of the series, which is very special. It shows the character and the quality we have in these young ladies.

“It has been very entertaining for those watching from the side, a couple of close games but those kinds of nerves, you have to experience as a player to know what happens going forward. Some of them are going to take a lot of learnings from this and hopefully grow as cricketers.” he continued.

Continuing her momentum from the fourth T20, which the Proteas won to level the series two-all, Lee recorded a match-winning 75 off 48 deliveries (11 fours, 2 sixes) alongside promising De Klerk, who scored a career-best 31-ball 37. Moreeng praised the pair’s contribution, highlighting the roles each had played in the middle.

“Lee is a very devastating cricketer up the order. She takes bowlers on, you know how she plays the ball all over the field, she plays 360,” said Moreeng. “What is good for us to see is the consistency, but we need to understand as a changeroom that it isn’t going to happen every time. Hence, we needed a player like Nadine to come and then she has a 100-run partnership, with a senior player like that.

“It is immense for her because she learnt a lot today about herself, the game and the role she’s playing in the team. She is giving the selectors a good headache going into our off-season, which is very good.

“This is what you want from a player like Lizelle, she’s got the potential, she’s shown the ability and now it’s about making sure the consistency is much better,” he added.

One of the other positives of the T20 series and the entire inbound tour against Pakistan has been the captaincy of Suné Luus, who is standing in for the injured, Dané van Niekerk. Moreeng credited the all-rounder’s leadership qualities and the ability to read the game, while also commending his experienced dressing room’s support of Luus throughout the tour.

In assessing the series and the tour, Moreeng believes it was a beneficial and successful one, citing the Proteas’ performances against an emerging Pakistan side. He states his side were not too far from being at their best and takes plenty of positives as they strive to improve.

“Pakistan are a very good team, they’ve shown that with the performances they’ve had in their last series, with a win against West Indies at home. It’s a team that is rising and with that, it was a good test for us. We can go and re-assess where we are because we’ve got another few weeks to prepare before we go into our next tour.

“We’d like to thank our supporters, friends and family that have been supporting us through the ups and downs that we have had this season,” he concluded.

All highlights from the five-match series between South Africa and Pakistan can be located at https://www.youtube.com/user/cricketsatv